Model, Actress
Annette Marroquin (born on March 10th in Depue, IL) is an American Model, Actress, former Pageant Queen, Cheerleader and Wrestler. She auditioned to become one of Barker's Beauties on The Price is Right during it's 22nd season during model tryouts and returned during the 24th season as a temporary fill-in.

Native of DePue, Illinois. After graduating from High School, Annette furthered her education as she went to attend Western Illinois University, where she later earned her Bachelor's degree.

While in college, she was also a Cheerleader and pageant queen, including winning the titles of Miss Illinois World and Miss USA International. Annette also became a Student Ambassador, and member of the Sigma Kappa sorority.

Aside from her impressive credentials regarding cheerleading, Annette also landed several national and international commercials for such products as Coca Cola, Energizer, GM, Bud Light... to name a few.

As an aspiring actress, she was also featured in a number of guest starring roles on various 80s and 90s prime time shows such as Hunter, Thirty Something, Twilight Zone and Legend. Annette then landed the lead in her first film, Suds, followed by supporting roles in Switch and the 90's movie, Knight Club

Marroquin was also part of original cast of and did the pilot for the TV competitive competition show American Gladiators but graciously passed on working in the series.

While still working as a LA Raiderette and an actress, Annette soon landed one more occupation to her long-standing resume: Game Show modeling. First, she landed the job as the Model/Hostess (the Chip Girl) for the Game Show Pilot Split Decision with Jim McKrell (not to be confused with the retired pricing game of the same name) in 1985 but unfortunately the show never made it to regular television programming.

Coming into the early-to-mid-1990s, Annette made a return to the game show scene as the television game show The Price is Right.

Marroquin was the very first to audition to become the new Barker's Beauty role as she made her nationwide debut in mid-October (most likely the 14th or the 15th). Nearly a year and a half later, after the start of the 24th Season (which began on (airdate) September 11, 1995), Annette was invited back to the show for several weeks after Gena Lee Nolin, whom the producers selected as the newest Barker's Beauty (permanently replacing Dian as announced on the show's 23rd Season Premiere show), departed from the show after becoming a series regular on Baywatch, as the fourth spot was rotated between Annette and Cindy Margolis, whom also auditioned to become the newest Barker's Beauty.

Cindy first stepped in the first week after Gena's departure and continued on until October 2nd with Annette taking over until the end of that month (and her final appearances on the show) as Cindy returned to fill in again beginning in November all the way until the end of January 1996 (and again briefly in mid-February) as the number of models was then downsized from four to three following Holly Hallstrom's abrupt dismissal on (airdate) October 27th.

After both Annette and Cindy's departures, Mindy Kennedy Alvarez, Chantel Dubay, Kyle Aletter and newcomer Michele Smith each rotated the third position for a period of weeks until April 1996 when Chantel was officially announced as the new, permanent Barker's Beauty (permanently replacing Gena) and continued on until her departure in September 1999, the start of the show's then-28th season (as she was permanently replaced by former Playboy centerfold Nikki Ziering).

(on The Price is Right) 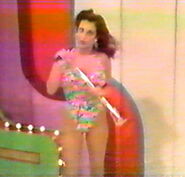 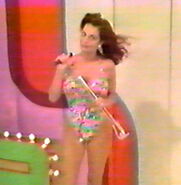 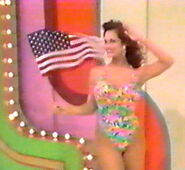 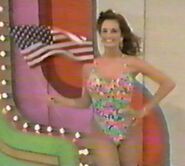 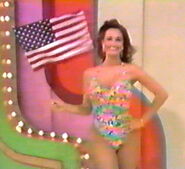 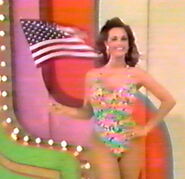 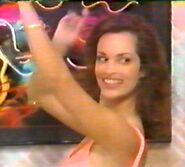 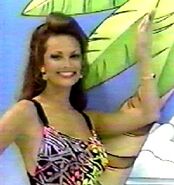 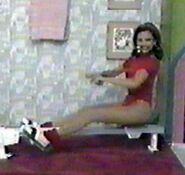 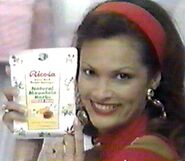 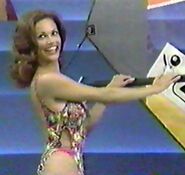 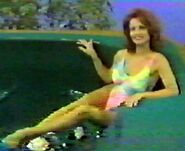 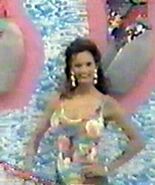 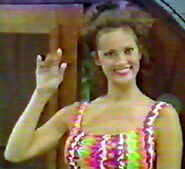 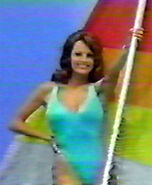 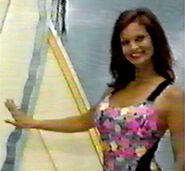 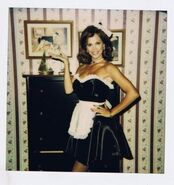 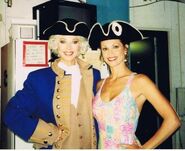 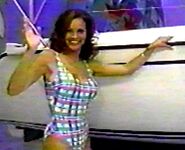 with Kathleen, Holly & Janice Pennington as this was Holly's final appearance on TPiR
Add a photo to this gallery

(as a Los Angeles Raiderette Cheerleader) 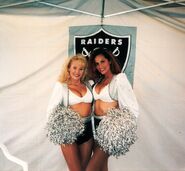 Add a photo to this gallery

Add a photo to this gallery
Retrieved from "https://priceisright.fandom.com/wiki/Annette_Marroquin?oldid=166912"
Community content is available under CC-BY-SA unless otherwise noted.