On September 17, 2005, the ITV network celebrated its fiftieth anniversary with a season of ITV 50 programming that aired. One of them was a seven-week special celebrating classic UK TV game shows, it was called Gameshow Marathon presented by Anthony McPartlin and Declan Donnelly, better known as Ant & Dec. A second special was instituted in 2007 but with a new host, Vernon Kay. Like its American counterpart, both series had The Price is Right be the first game to be played.

The show used the half-hour format that night (though the contestant's row prop, the music, the logo & the intro came from the Crowther version), so three pricing games were played that night. The three games played that night were:

Carol Vorderman won the Showcase Showdown and made it to the Showcase Final, with a score of 85. Both her opponents went over. 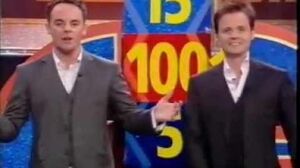 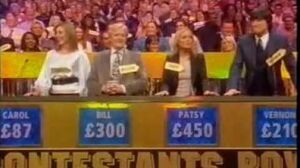 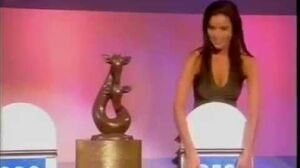 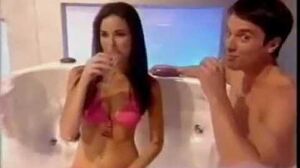 Ant and Dec s Gameshow Marathon The Price Is Right Part 4
Retrieved from "https://priceisright.fandom.com/wiki/Gameshow_Marathon_(UK_version)?oldid=69487"
Community content is available under CC-BY-SA unless otherwise noted.