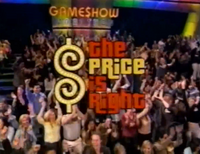 On May 31, 2006, CBS presented a special seven episode summer celebrity filled game show tournament called Gameshow Marathon. The show was based on the UK special of the same name hosted by Ant & Dec in 2005 and later Vernon Kay in 2007 respectively. This American version was hosted by actress and talk show hostess Ricki Lake, announced by Rich Fields and Todd Newton was the prize deliverer. Gameshow Marathon was a seven show special consisting of classic game shows and The Price is Right was the first to be played. In addition, some of the models from The Price is Right appeared as models on this very first episode of the series and three others.

In this episode, only three pricing games are played as the two highest scoring celebrity contestants in the Showcase Showdown advance to the Showcase. The winning Showcase went to a viewer watching the episode at home. 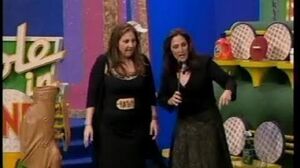 Game Show Marathon (The Price is Right) May 31, 2006
Retrieved from "https://priceisright.fandom.com/wiki/Gameshow_Marathon_(US_version)?oldid=68930"
Community content is available under CC-BY-SA unless otherwise noted.