The Price Is Right Wiki
Register
Don't have an account?
Sign In
Advertisement
in: Models, People, Playboy Models,
and 2 more

Nikki Schieler Ziering (born Natalie Schieler in Norwalk, California on August 9, 1971) is an American Model and Actress. She is perhaps best known for her pictorials in Playboy magazine as she was the Playmate of the Month for September 1997 as well as formerly being known as one of Barker's Beauties on The Price is Right from 1999-2002.

Native of Norwalk, California and is of Norwegian and German descent. Nikki Schieler is a graduate of Sonora High School in La Habra, California in 1989 and decided to further her education as she attended Cypress College. While working as a dental assistant in Brea, California, she was discovered by a modeling scout and with her athletic body, it did not take long for her to appear in fashion, lingerie and swimsuit catalogs such as Carabella, Frederick's of Hollywood and Venus Swimwear.

Her rise as a model took an incredibly short amount of time and it was not long before she could also claim to be a spokesperson for 24 Hour Fitness, Korbell and Coors.

Nikki's modeling career even soared to even greater heights after she was selected to pose nude in Playboy magazine. The gorgeous blonde first appeared in the August 1997 issue and was then the Playmate of the Month for September. She would pose nude for Playboy's cameras again in the July 2003 issue, along with a feature pictorial.

A budding acting career followed the beautiful blonde's newfound international fame, as she landed guest starring roles on shows such as Beverly Hills, 90210, Babylon 5, V.I.P. and was a guest host on The Gossip Show and Wild On which aired on the E! network.

The Price is Right[]

After a string of guest starring roles and hosting gigs, Nikki soon landed a regular, weekly TV gig. On the 28th Season Premiere episode of the television game show The Price is Right (airdate: September 20, 1999), She was introduced by host Bob Barker as the newest permanent Barker's Beauty, replacing departing model Chantel Dubay (after four official seasons, first appeared during model tryouts in February 1994 & again in January 1996). When she was first introduced, in 1999, the studio audience goes wild with one man in the crowd, in which Barker noticed, mentioned "that's the one!", when he saw her for the first time. In fact, out of a few hundred women, Nikki was the very first to audition for the job during an off-camera audition that took place during the show's summer hiatus (rather than holding another season-long model tryout session).

In 2000, beginning on (airdate) December 14th, just a little over a year as a Barker's Beauty, Nikki assumed the role of handing Bob Barker his microphone at the beginning of each show following the abrupt dismissal of longtime model Janice Pennington, who had been with the series dating back to it's September 4, 1972 premiere (as well as fellow model Kathleen Bradley, who's been with the series since December 1990 officially, after nearly 40 prior appearances as a guest model). Nikki would pass the microphone to Bob in the show's intro until sometime in 2002 (most likely beginning in April) when the handoff was then rotated between herself, Heather Kozar and Claudia Jordan (both of whom permanently replaced Janice and Kathleen retrospectively).

In March 2002, Nikki appeared alongside Bob and Claudia as they appeared as themselves on an episode of the CBS Soap Opera The Bold and The Beautiful (which tapes next door to Price).

After nearly four seasons as a Barker's Beauty on The Price is Right, Nikki was dumped from the program as her final appearance aired on September 30, 2002. A short time later after her termination, she revealed that host Bob Barker grew increasingly jealous and was irritated from all the attention she was getting from the show's fans and during the stop downs of taping shows where audience members would ask him questions about her and what she likes to do when not working on Price and even said that he schemed to have her removed from the show, prompting Barker to fire back, claiming that Nikki's statement was "completely inaccurate".

After being forced out of her role as a Barker's Beauty, the beautiful blonde returned to her acting roots. She had a small, non-speaking role as one of four henchwomen in the 2002 film Austin Powers in Goldmember followed by an appearance as the villainous Allison in Serving Sara that same year. The following year, she appeared in the comedy film American Wedding where she plays topless Officer Krystal and as Charlene in the film National Lampoon's Gold Diggers.

Some of Nikki's television credits include appearing on shows such as The Young and The Restless, Less Than Perfect, and appeared on the reality show I'm a Celebrity...Get Me Outta Here !. In 2008, she starred as the female lead character Casey Myers in the B-movie Crazy Girls Undercover.

Nikki was previously married to Beverly Hills 90210 actor Ian Ziering, whom she meet while filming a guest spot of the series and began dating. Shortly before their "I Dos" on July 4, 1997, she converted to Judaism so they would be of the same faith. They had no children together during the marriage and on February 28, 2002, it was Ian who filed for divorce from Nikki, citing irreconcilable differences. She has said that their separation was contentious and that she was not given any support or help moving out of the home they shared.

She is now in or has been in a relationship with boyfriend Rick Reynolds and they have one child: daughter Tatum Ella Reynolds, born on March 27, 2009.

(The Price is Right) 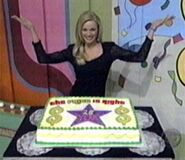 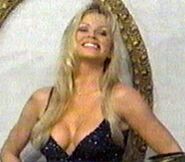 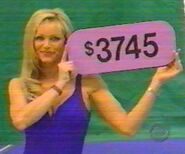 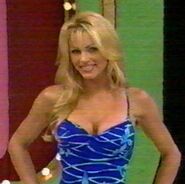 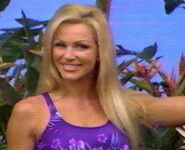 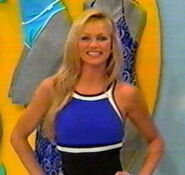 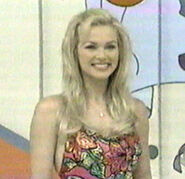 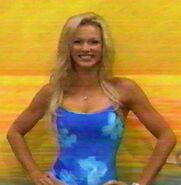 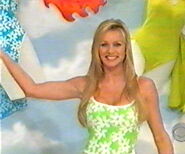 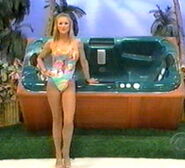 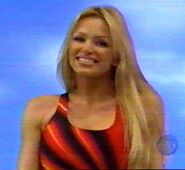 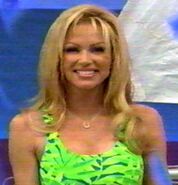 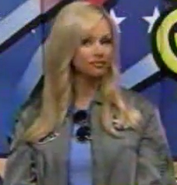 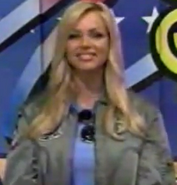 Here she is again smiling. 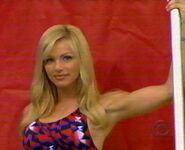 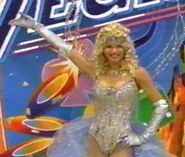 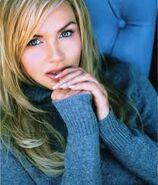 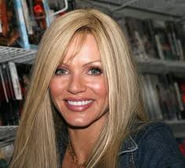