The Price Is Right Wiki
Register
Don't have an account?
Sign In
Advertisement
in: Models, People, Model Tryouts, 2000s Models

Model, Actress
Ute Werner (born on December 29, 1980 in San Diego, California) is an American model and actress. She previously appeared as one of Barker's Beauties on The Price is Right during it's 31st season.

Born and raised in San Diego, California, grew up living on a small ranch. As a youngster, Ute was proven to be very athletic, having been involved in gymnastics and later moving on to surfing, Muay Thai kickboxing, learning how to ride dirtbikes and skiing but her first love was Horseback riding, a hobby she began at the early age of 2 1/2.

Werner attended and graduated from Bonita High School with a GPA of 4.2 and continued on with TV and modeling gigs which she began doing at the age of thirteen. She walked the fashion runways to traveling around the world modeling.

In 2002, Ute was looking for a new challenge. She auditioned for and landed the gig as one of Barker's Beauties on the television Game Show The Price is Right during it's 31st season on the CBS network. Werner made her first appearance on (airdate) November 26, 2002 and continued on until December 11th. She and Shawnae Jebbia both returned to the series beginning on February 14, 2003 and continued on until the 27th, marking the final appearances for both ladies as they each appeared on the show for 20 episodes.

After her stint as a rotating model on The Price is Right ended, Ute continued to land other TV, movie, and modeling gigs. Some of her TV and movie credits include How I Met your Mother, Mind of Mencia, War Machine, Las Vegas, Opie Gets Laid and Succubus: Hell-Bent.

She was also the official model for the action hack and slash video game BloodRayne 2. 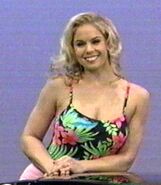 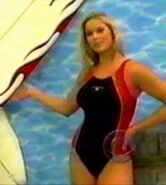 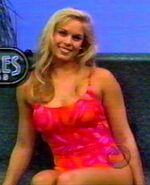 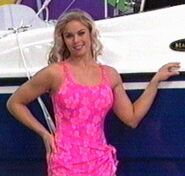 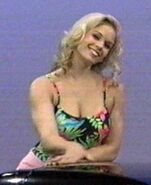 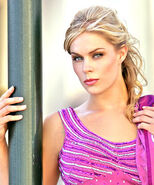